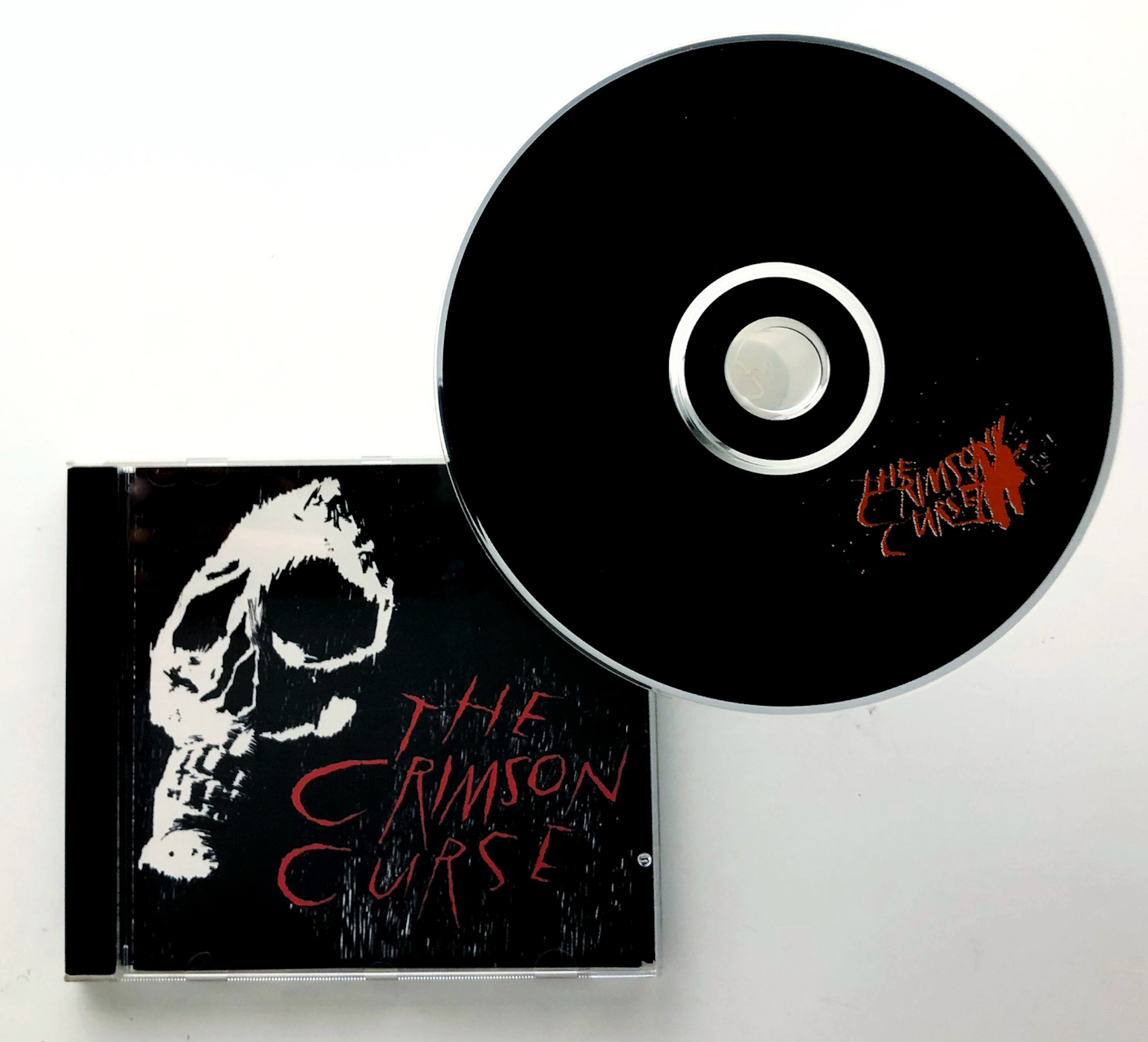 The first time I left San Diego to live somewhere else I got rid of my worldly possessions. Had a yard sale. Everything must go. Buck for books. Records for five. CDs for two.

One of the CDs I kept was the Greatest Hits of the Crimson Curse. It traveled up to Portland with me and Jessie in my gun metal gray pickup truck and it moved in along with us into the highlighter purple split-level house we shared with Ezra Caraeff in Gresham.

At the time, Gresham was a shit place to live (it’s not now). The house was on a corner next to some sort of institution and at night you were kept up late by screams from the people trapped inside. A lot of the homes in the neighborhood were vacant or condemned and a block of it was permanently (or so it seemed) under construction. Those houses we’d walk into and wander around in at night, staring out at the moonlit streets through the plastic tarp windows. I remember the piney smell of sawdust and I remember stealing boxes of carpentry nails, though I knew I’d never use them.

The neighborhood was eerily silent unless the screaming happened and during the quiet, late hours it felt good and right to blast the Curse record as loud as my shitty Radio Shack stereo would allow.

The Crimson Curse was a vicious, darkly ecstatic, bruiser of a punk rock band. It was trashy in the way I wanted all things to be trashy at the time and when you played it late at night it drove a stake right into the heart of all Gresham’s rundown, normie quiet.

The hits record is still one I come back to on a regular basis. I don’t want the trashy life like I did back then, but there are things the album gives that I want and need to this day–wolfish fury, dark humor, sass, camp, fun, brute noise. It’s never stopped feeling good. So, crappy birthday, motherfuckers. I love you forever.