Of all Eric Paul’s bands (Arab on Radar, Doomsday Student, etc) The Chinese Stars are the catchiest, sanest, and most likely to win fans and influence weirdos. Which isn’t to say TCS is sane or catchy or influential in any traditional sense. This band (which also includes drummer Craig Kureck, guitarist Paul Vieira, and bassist/keyboardist V Von Ricci) will likely freak you out and/or weird you out and/or creep you out. I mean this in the best possible way. It’s like getting stung by a few nice bees as trade for being able to eat all the free honey you could ever want for the rest of your life.

There’s no accounting for taste of course but to lay down a gauntlet here: if you have ever bought or loved any records Three One G has released and you don’t already love the Chinese Stars, you might have bad taste. I say that because the record in question, Listen to Your Left Brain, is a) something you should know if you know this label and b) a special piece of music, a life-altering experience that will change how you understand punk rock. The Chinese Stars makes most danceable punk feel thin, derivative, and insubstantial. This album is a shithead-slayer. (Shitheads take note. You will be destroyed.)

These nine tracks are the sort of songs you’d be smart to give your heart to (though your heart will promptly be eaten, and that’s good too). The album, released 14 years ago today, is beautifully recorded, poetic in a very fucked-up sense, dark like demons at the disco, propulsive like the best new wave songs, and thorny as a durian fruit.

Have you ever smelled a durian? They smell like death. But here’s the thing, they taste like heaven! That’s the Chinese Stars. Happy birthday to them and everyone lucky enough to know this fantastic fucking record.

–Adam Gnade, author of the novella Locust House and the novels Caveworld, Hymn California, This is the End of Something But It’s Not the End of You and Float Me Away, Floodwaters. 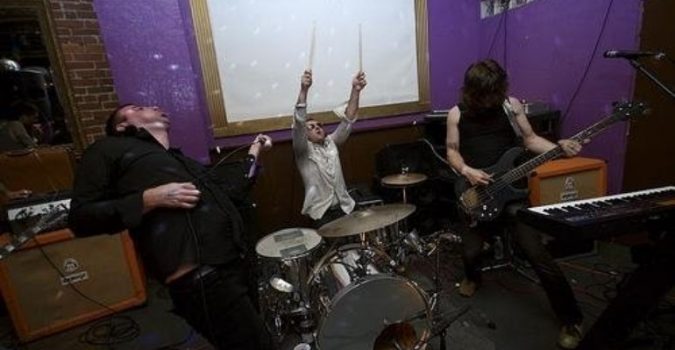