In Tiny Mix Tapes’ 2004 review of this split, the reviewer ends their wrap-up with, “Please, guys, pick up your guitars.”

TMT did not like this record. Said it wasn’t catchy, loud (what, like, volume?), fast, or danceable. It’s the kind of one-star review that makes you want to buy the record, so thanks?

This split came out on Three One G 17 years ago today and I’m glad these guys didn’t pick up their guitars because this birthday boy is a beautiful piece of a nightmare.

Know anyone who makes movies? Call their ass up and tell them to use this split as a soundtrack. The movie could start in some weird, drifting netherworld with the T Cells side, which is like if Devo were eggs and someone scrambled them. Maybe the scenes involve underground tunnels where vampires made of human shit build weapons for their uprising. Maybe there’s a skeleton animated by robotics and turmoil between various species of blood worms who are also wizards.

Once the record gets to the Fast Forward side (both share members of Le Shok and the Locust) that’s where the fight scenes begin. Car chases. Motorcycle gangs from the past time traveling to blow up banks and rob billionaires. Stuff like that. Fast Forward is the punk side of the split but it’s still from the Devo realms–harsher, nastier, scummier than T Cells, but both bands make sense with each other. Fuck the guitars. Leave ’em. 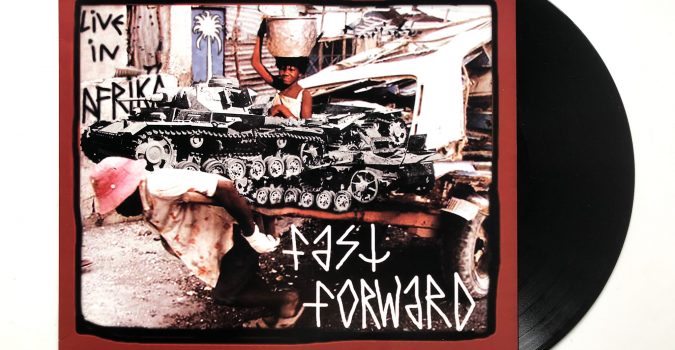 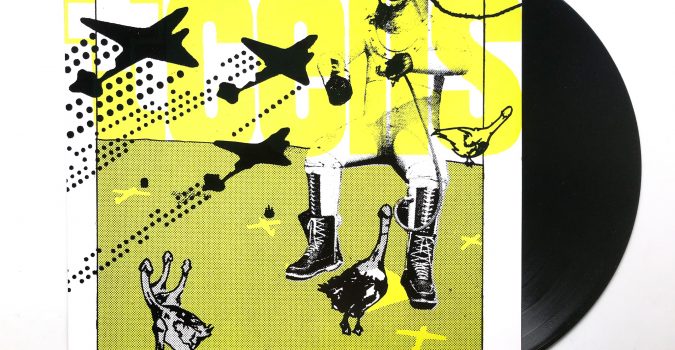