In 2013 I spent a lot of time driving around the country. I had a book that had been released at the end of the previous year, so I toured exhaustively, readings from one end of the country to the next, some good, most pretty bad. At the time I had Retox’s YPLL on CD, listening to it on a loop for hours while driving through farmland or on the endless gray strips of interstate, hours looking for gas stations in the desert, hours navigating back roads in small towns. It is the last CD I spent any extended time with, and I learned the record like you learn the rooms of your own house, the patterns of the floorboards, the creases in the wall paint.

Released eight years ago today, YPLL is a powerhouse of violence and therapy. Over 12 tracks, Justin Pearson, Mike Crain, Thor Dickey, and Brian Evans give a sort of collected anti-anthem, a rally cry that sounds like a shriek of disgust. This is modern punk rock, and it is blistering, catchy, and full of riffs that are equal parts menacing, complex, and satisfying. My favorite song on the album, “Don’t Fall in Love with Yourself,” which is also the title of a documentary that filmmaker Jon Nix is finishing about Justin and the Three One G family, is a perfect distillation of the Retox assault—sharp-barbed riffs, relentless bass and drums, screaming vocals about how it is to live life on this desperate planet.

Retox’s music often shows the horror, anxiety, and frustration of being a part of humanity. This is something I think of often: what do you do when you and the people you love are faced with insurmountable odds? The answer is in these songs: you create a reflection of it, and you do it as well as you can. You respond to what revolts and scares you, and through that process you make something that helps others feel like they are not alone, that they can keep going.

There is activism in documenting our lives. Everyone comes to a fight with different tools and skills, and YPLL is a fine example of using your powers for good. 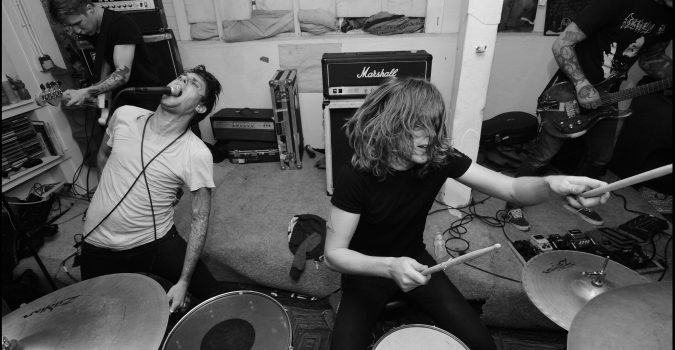