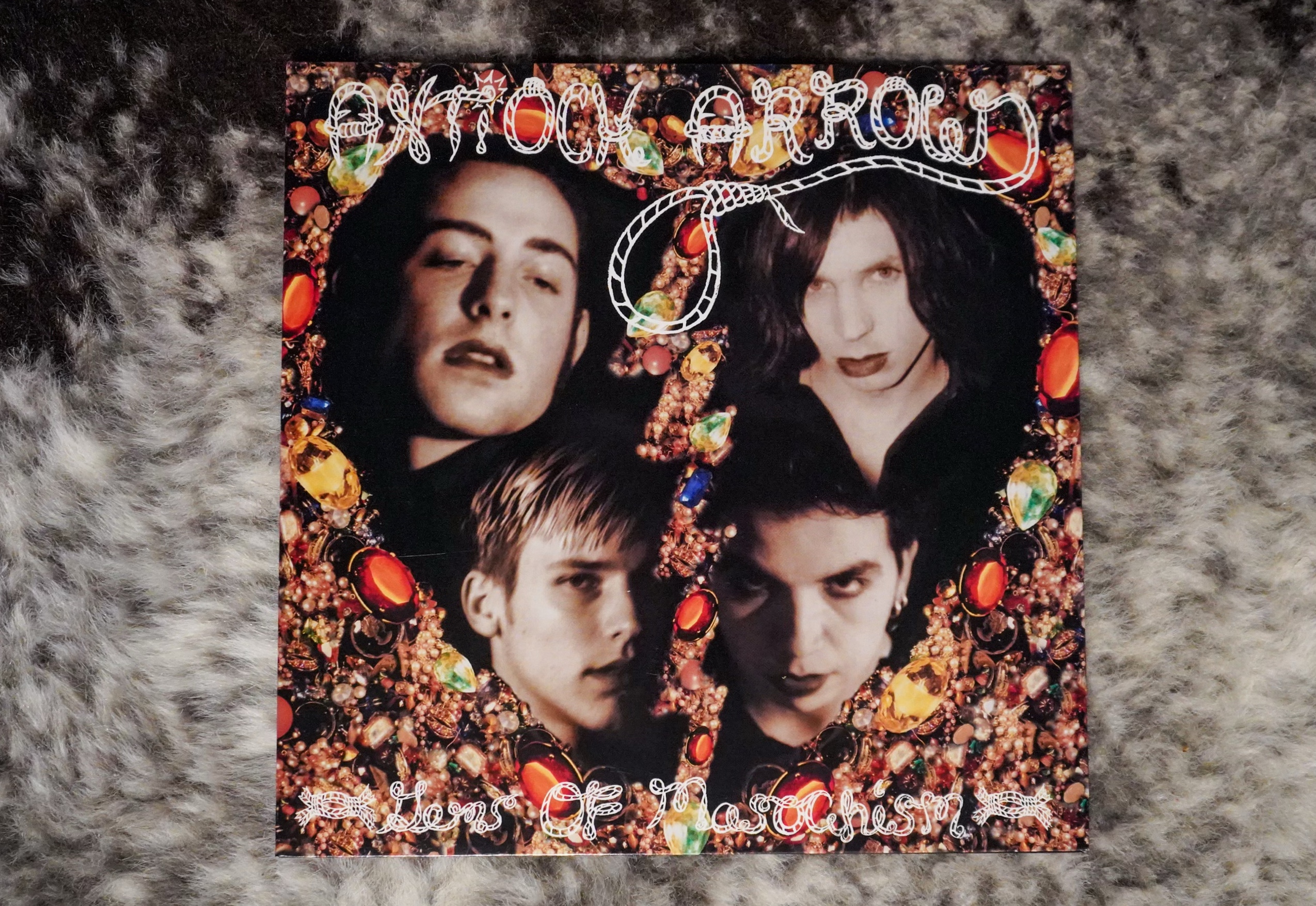 When I really miss home, I listen to Antioch Arrow. I play their records in a row—The Lady is a Cat (1993), In Love With Jetts (1994), and Gems of Masochism (1995). To listen to these albums in the order they were released is to watch a dark flower blooming, a sky going from light blue to a violent magenta sundown. There is not much that makes me feel more hometown-proud than these three records.

Gems of Masochism was reissued sixteen years ago today by Three One G after its initial 1995 release by Gravity Records. At that point the band was no more and I’m not sure how many people cared. They care now. To say Antioch Arrow and their three full-length releases are fundamentally important to punk and hardcore’s development is a vast understatement. I’ll go so far as to say they were the most influential band in San Diego’s musical history. I’m not talking about San Diego white reggae bands or beachy coffeeshop shit or jokey bro arena pop-punk; I mean the real stuff, the good ones, the weird and the dark and the vital, these are the ones Antioch Arrow helped shape. (Not just locally, though. You could say, “There would be no [fill in the blank important band from anywhere on Earth] without Antioch Arrow” and you could say it so many times with so many different bands in the blank and it would always be true.)

Antioch Arrow got weirder, darker, and smarter with each release and Gems is their final statement—a visionary, savage, real-bleeding thing. The carnival organ-style-synth, the gothy theatricality, the funereal tones and overcast-gloom soundscapes juxtaposing the avant-thrash squall … it grips in your chest and it feels SO fucking far beyond their mid-1990s contemporaries it’s not even funny. This is the kind of thing that builds an entire reality. And it did. Mine. So many others. Maybe yours.