Five years ago Three One G put out a book of mine called Locust House. The idea behind the book was to write a fictional account of a series of characters getting ready to go to a party, then traveling to the party, being at the party, and, finally, leaving the party (and in some cases, looking back on the night many years later). 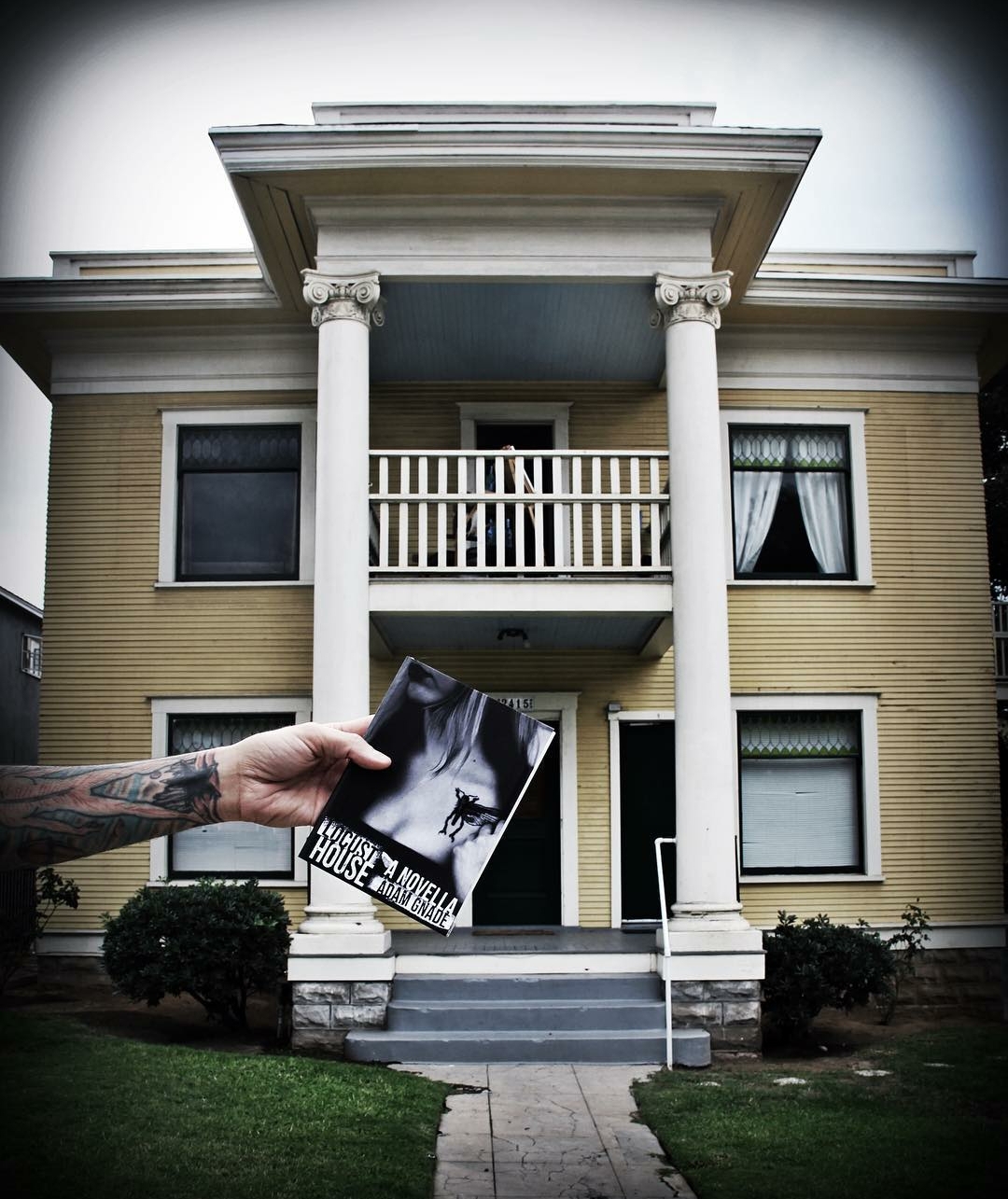 My intention was for it to feel like a dirtier, rougher version of a John Hughes film, or maybe Dazed and Confused or American Graffiti–one night in the life of a bunch of regular ol’ American kids with desires, hopes, plans, fears, and problems just like anybody else.

The story and the characters in the book are fictional, but the party was very much a real thing. It was an eviction party for a house called a few different names by a few different groups of people, but the kids I hung out with called it “the Locust House.” The party lineup was epic. Moving Units, The Locust, just-post-At the Drive-In-breakup-era DeFacto, GoGoGo Airheart, and the Blood Brothers played. There were a ton of kids there and mayhem went down fantastically and of course the cops were called as they are always called on parties that good. 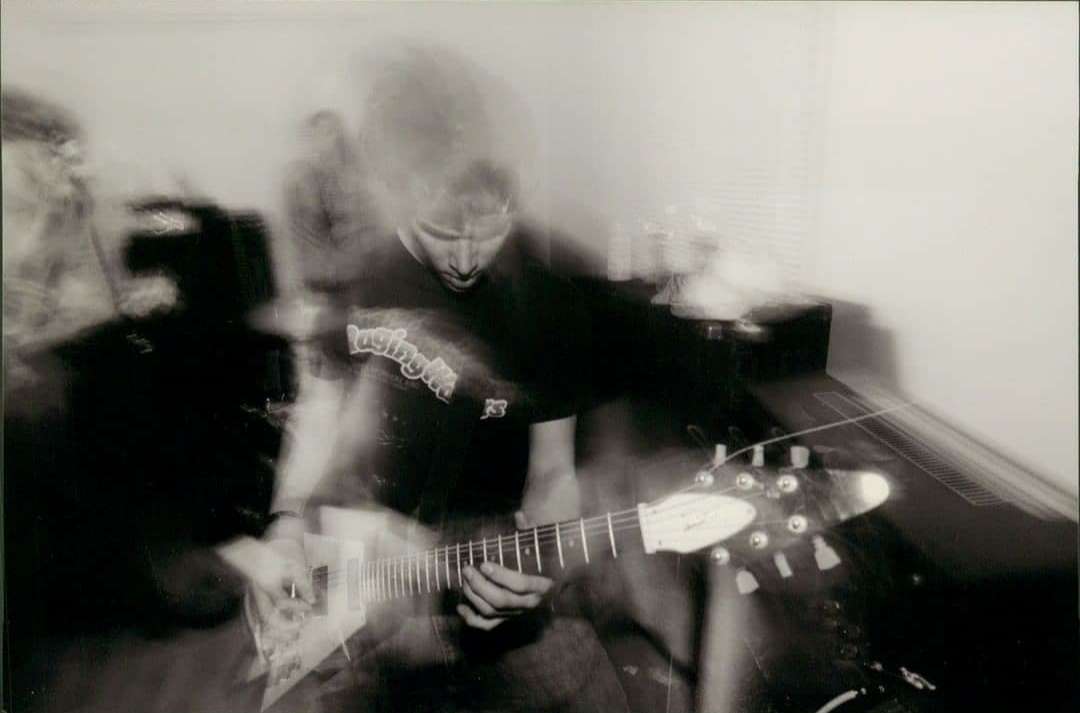 So the book ostensibly tells that story, but my true aim, my REAL goal was to tell what it felt like to be alive during that time, in that scene, a year after 9/11, pre-social media, pre-smart phone (and if you want to go further, pre-Trump, pre-COVID, etc). In our orbit at the time I felt a great momentum rising below the streets of San Diego, a momentum from various social groups and sub-scenes, with bands like The Locust, Tristeza, Cattle Decapitation, the Album Leaf, Camera Obscura, the Beautiful Mutants, the Plot to Blow Up the Eiffel Tower, Aspects of Physics, The Dropscience, Black Heart Procession, and Business Lady, venues like the Che Cafe, upstairs at Gelato Vero, the Voltaire space, the Casbah, Pokez’ Rosary Room, the 96.9 Free Radio San Diego house, and Scolari’s Office, in neighborhoods like Golden Hill, North Park, Hillcrest, and Sherman Heights. 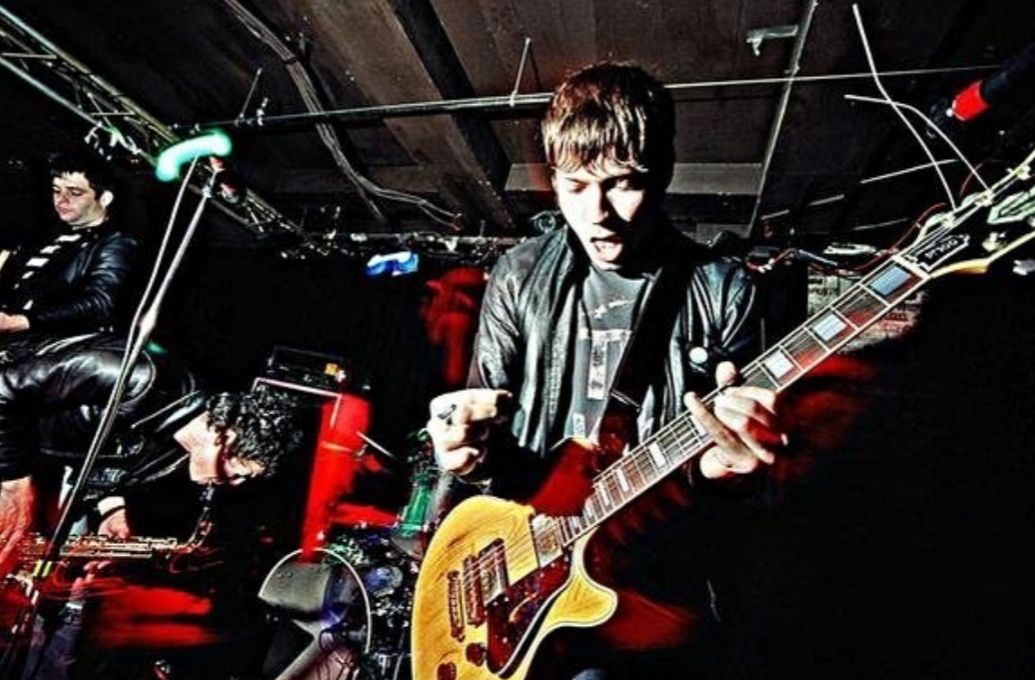 So the idea was to capture that feeling–of sitting on the cusp of something, of being involved in a thing that felt real, true, vigorous, authentic, something completely removed from the bullshit culture of the San Diego I grew up with.

The culture I knew as a kid was made up of shitty beach bars, fast food, SDSU students and Navy guys passed out on my family’s lawn in Pacific Beach, Neo-Nazis, surfer jock bullies, fuckhead Conservative politicians like Roger Hedgecock, awful local media like the SDReader and SLAMM. Just a heap of stinking dogshit squirted with coconut suntan lotion, sprinkled with grits of cocaine, and resting on a fat bed of American greenbacks. The feeling behind the events of Locust House ran in direct opposition to that. 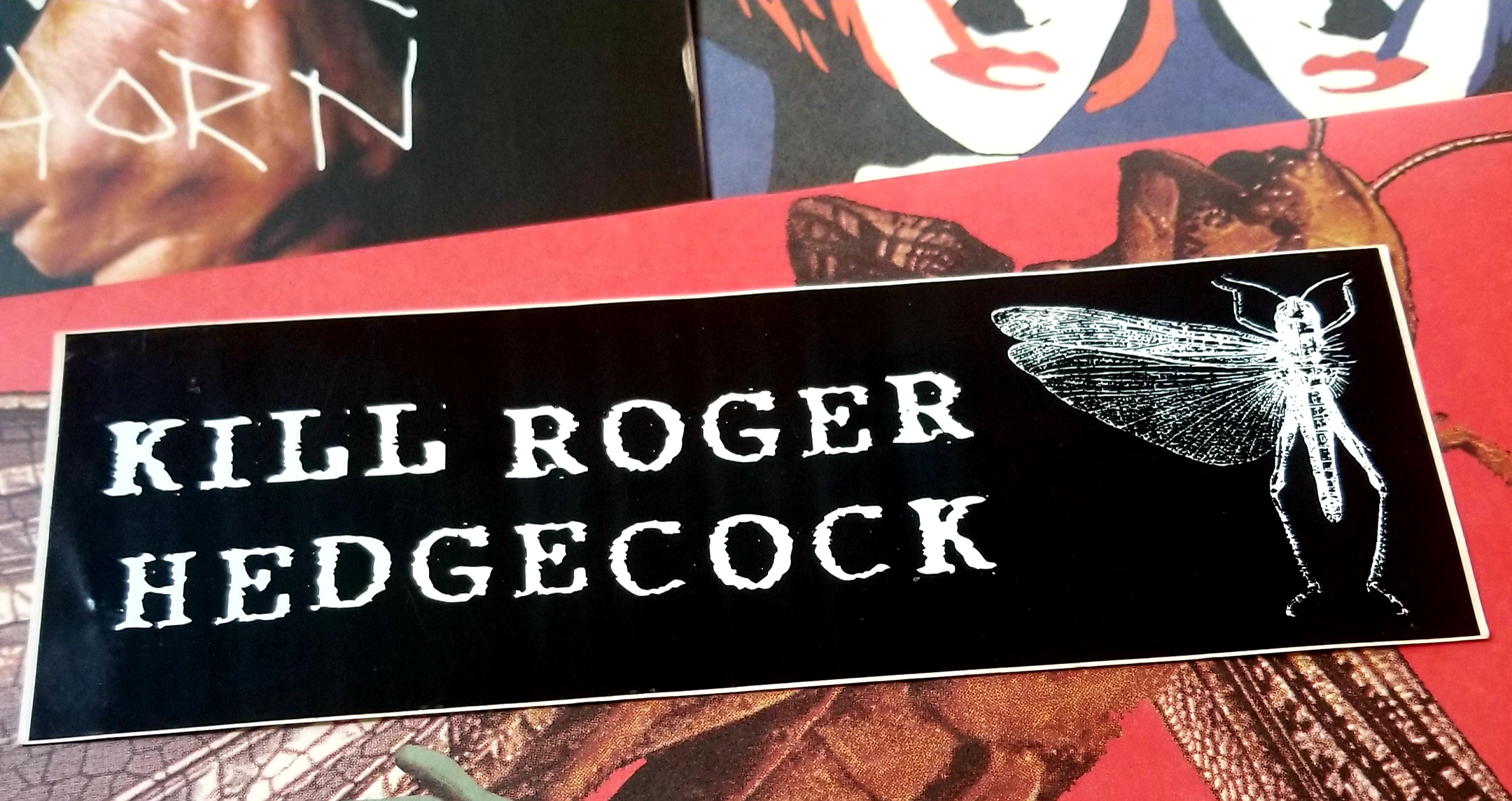 All of my novels share characters and continue a long, branching, ceaseless plotline. My latest one, a Three One G and Pioneers Press co-release, This is the End of Something But It’s Not the End of You, picks up the story of a couple of Locust House’s characters and builds it out.

The books aren’t meant to be read in any particular order, but they are very much a contained universe, a personal fictional history, an attempt at forming a world from memory and imagination and building it throughout the course of my life.

This column, Locust House Variations, will look at characters from the book and follow them along the course of their lives. Some of it will take place around the time of the party, some forward in the future, and into the present day. The individual columns will be more like vignettes or poems than stories. Real life to me doesn’t feel like neat, beginning-middle-end, bowtied MFA-ready stories. It’s more fragmented than that–short bursts, pieces of action set before you like a diorama in a museum. More like a song than a concept album, if that makes sense.

The column will be a look into the lives of the characters. Some installments will be long, some short. Most set in San Diego, others elsewhere as the characters’ lives expand out across the country (and abroad). Central to it all will be the book, the party, the night, the city, and the scene, a collective Big Bang for the writing that follows. (If you’ve heard the collaborative audio book/album I did with Planet B a few years ago, Life is the Meatgrinder that Sucks in All Things, you’ll have an idea of what I mean.)

No need to read the book beforehand. You can just let the events unfold before you like a movie you haven’t seen or a book of poems presented without context or too much handholding. (Of course if you’ve read the book it’ll be a much richer experience.) Hopefully the writing will make you feel things, see things in your mind as you read it, relate to parts of it, get new ideas from it… that’s all up to you. So, there’s your introduction. Show up next week and each week after for Locust House Variations.
–Adam Gnade 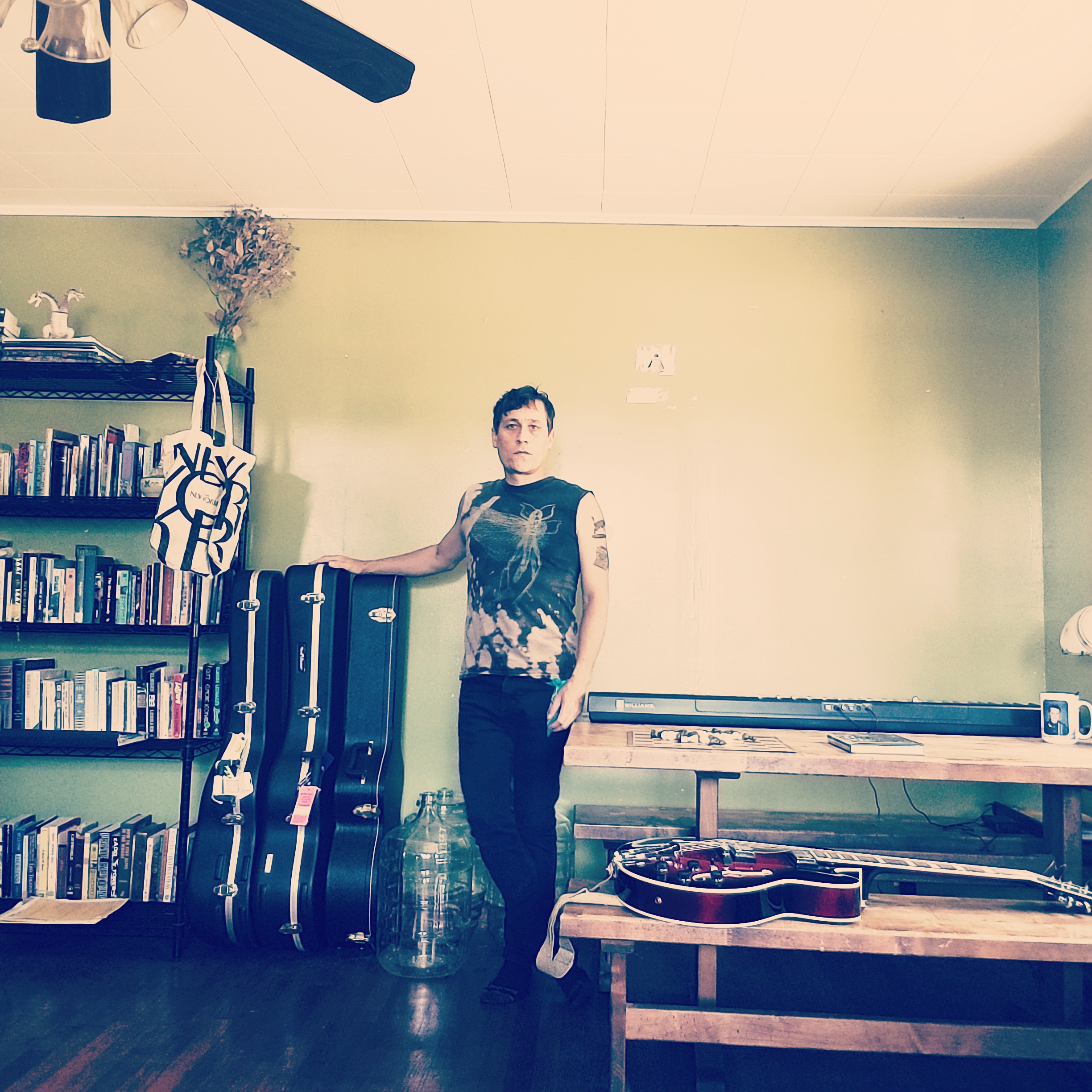