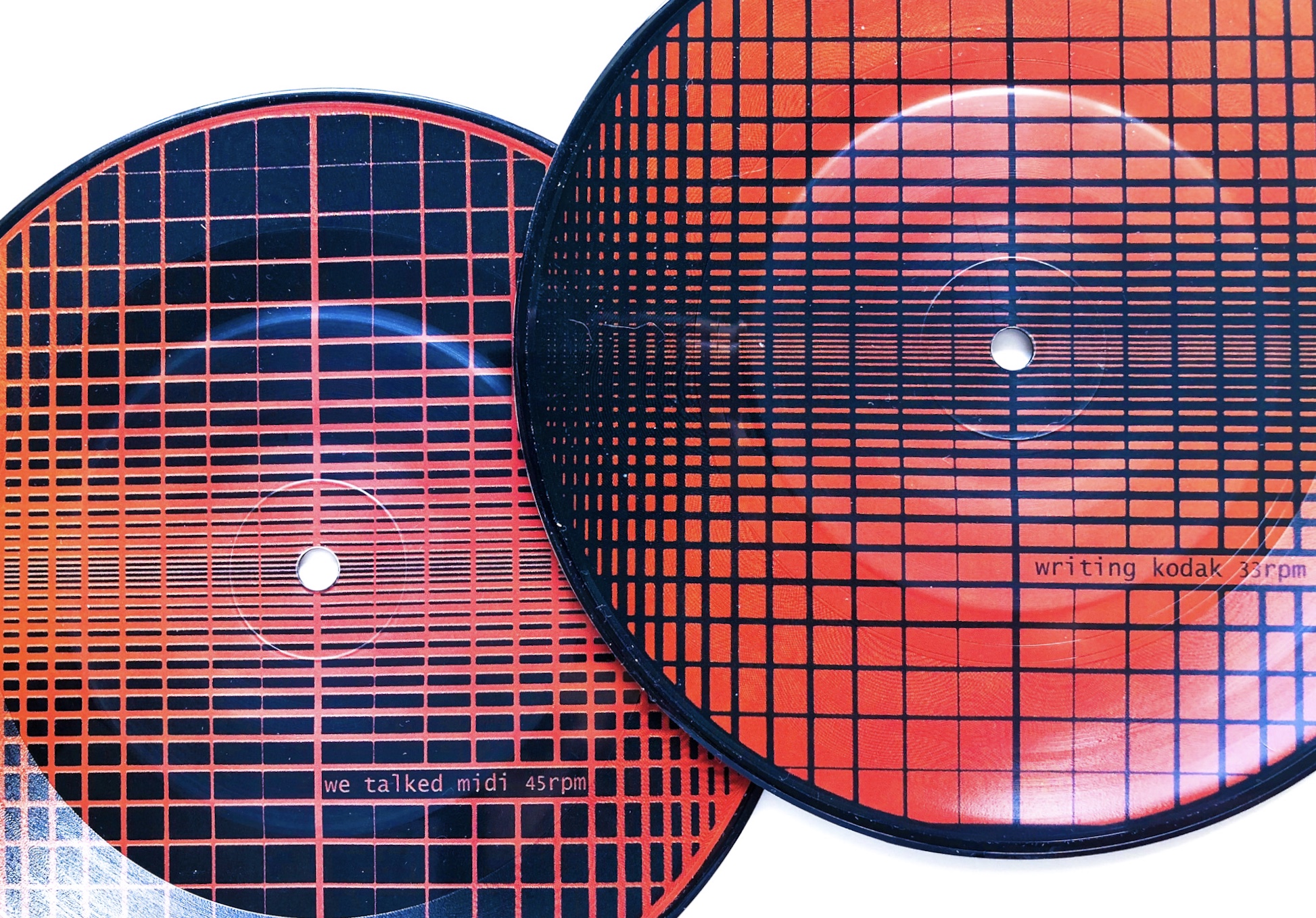 Seeing Camera Obscura is one of my earliest live show memories. I couldn’t tell you what year it was or where the band played or who I was with, but I remember how it felt standing in the darkness as a wide-eyed kid while Michelle, Duane, Bill, and Russell tore it the fuck up.

The “Writing Kodak”/“We Talked Midi” 7”, released 22 years ago today by Three One G, captures beautifully that profound, exciting, spectacularly youthful feeling. The first track starts off with a discordant guitar repetition, which the drums join shortly thereafter and maybe bass and possibly keyboards. I dunno. It’s murky. You’re not quite sure what is what as the song builds and as the vocals come in, but you certainly know something great is going to happen; and it does (happen, I mean), when just before the song’s middle-mark the band kicks into this driving, warm, expansive, kinda psychedelic assault that’s halfway between Sonic Youth and maybe a rawer, less paisley Cocteau Twins. At seven minutes it’s basically Seven Minutes in Heaven and you’re left in the dark closet with your blouse buttons undone, lipstick all over your chest and face, and your heart beating a mile a minute.

Side B, “We Talked Midi,” feels like the best of San Diego’s late-1990s, early 2000s all-ages punk scene—colorful, engaging, hip (in the best possible zero-bullshit way), maybe androgynous, some kinda menacing post-goth dark vibe haunting the edges, the nonmacho aggression, the frailty amidst the I-don’t-give-a-fuck, the tasteful … everything. Yeah, that works: tasteful everything. There was always something very tasteful about Camera Obscura. They made good choices and you felt confident that what they were doing was the best thing for that particular moment. All of it worked. All of it was right, well-placed, and just what you wanted. (“You” meaning “me,” and a lot of other people too. This band is legitimately, substantially “legendary.” Camera Obscura was one of San Diego’s best and most satisfying.)

I guess there’s another Camera Obscura. A Scottish indie-pop band? I bet it’s wonderful and very popular. This one is all I need, thanks. – Adam Gnade (11/3/20)