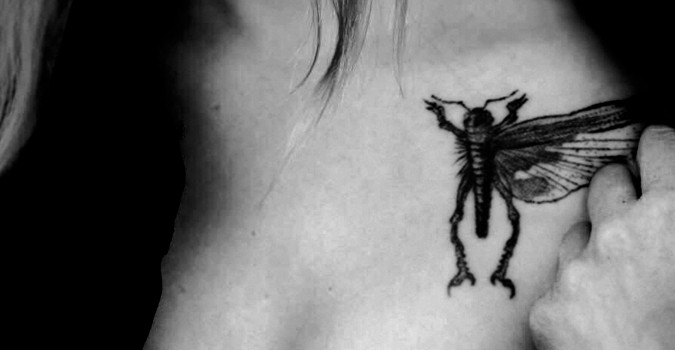 Excerpt from the novella Locust House

At the time I had a job as a reporter for a small wire service in Hillcrest and Frankie worked as an endoscopy clinic receptionist up in La Jolla. Our lives weren’t bad, but the nine to five sucked it out of us. It made us feel slow inside, muted, dead on our feet. It felt like we were wasting our time, but when we listened to these bands we loved, life seemed vital and strange and triumphant and real. What I’m trying to say is I had no arrogance, no stuffiness, no true or defined ego; I was terrified of living half the time and scared as hell of dying the rest. A lot of us were that way and we wanted nothing more than to sign off on real, hard, stupid life and listen to records that were like trains crashing into each other and dance clubs exploding into rainbows and carnivorous flowers devouring crickets at 10 times the normal speed.

We wanted punk rock, but our version of punk didn’t sound like a band. It wasn’t two guitars, bass, singer, drums. We wanted a sound that tore itself to pieces but did it SMART. We wanted grindcore turned inside out and sped up and then chopped to pieces by a machete the size of the universe. We wanted power violence with a big, loving heart and good ethics to match. We wanted punk
you could DANCE to and never feel awkward or uncool or out of place. If anything I wanted to dance. I wanted to lose my mind and throw myself into walls and get sweaty and stupid and feel the raw animalness in me. I had many nights alone in our cottage in Golden Hill, sad-drunk after a bad day at work or a fight with Frankie, in the dark, dancing by myself in front of the record player, one hand on the bookcase. I needed bands like Angel Hair, Antioch Arrow, Get Hustle, Die Princess Die, Melt-Banana, Orchid, Black Dice, VSS, Man is the Bastard, Universal Order of Armageddon, Celebration. The best and the darkest, the wildest hearts. –Adam Gnade