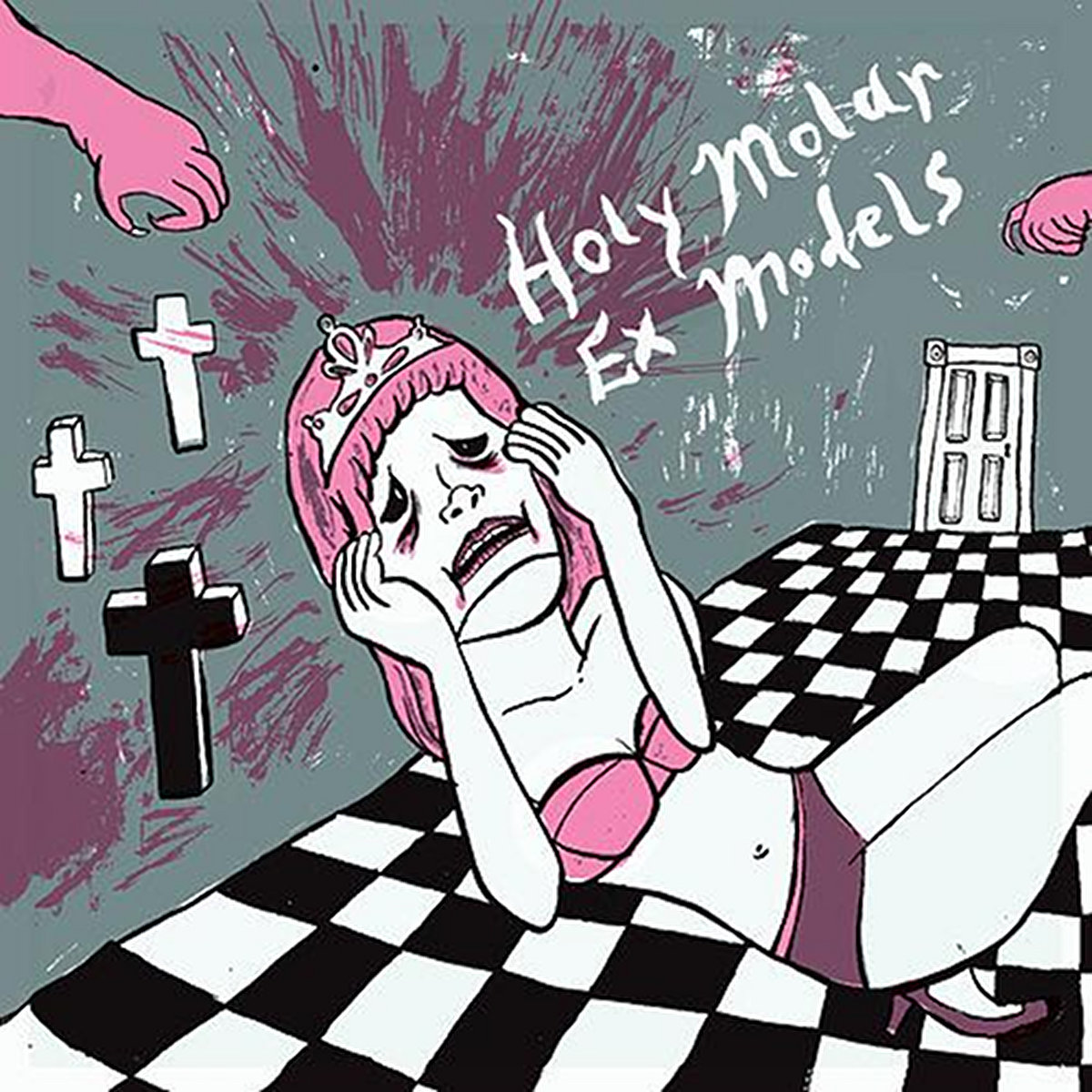 Holy Molar messes with a weird dark magic on their side of this split with abrasive New York kings Ex Models. I don’t mean witchery or Harry Potter tricks. I’m talkin’ the strange, intangible “great” that all (most? many?) artists chase when putting together a new work. Not every pop song in the world is catchy, no matter how much money is spooged into their composition. There’s no guidebook for making a work that “works.” Not every idea resonates with people. But there’s something about Holy Molar, something you find on every song they’ve put out in their relatively small body of work–it’s there, it’s done, it feels complete and catchier than half the shit on the radio, sizzling with this illusive and mysterious sort of energy that bands everywhere spend a lifetime trying to harness. It’s one of those “there must be something in the water” moments or one of those “they were definitely feelin’ it when they recorded these songs” sorta things.

Explanations don’t do it justice because the force they’re wielding here can’t be pinned-down (if it could then every song on every record ever written would be catchy, thrilling, and perfect to everyone). You can’t write a guidebook to this shit. It’s dark magic. It just works. It works and if you’re of the right mind you instantly get it–each weird synth line perfectly placed, the changes rapid-firing like sped-up Led Zeppelin meets the Lord of the Rings soundtrack meets Queen as nimble thrashy hardcore. The bass is heavy and propulsive; it along with the keyboards throb with immediacy while the drums are some kind of free jazz disguised as punk disguised as prog disguised as Nintendo music. Mark McCoy’s vocals on “My Saturday Night Fever Turned Into a Sunday Morning Rash” and “Der Werewolf Breath” are a yipping wild dog and a friendly coyote and a mean raccoon in one body and the result of all that together is something magnetic. Noise punk as pop as perfection as fucked-up glory, and no asshole will ever explain it correctly or do it justice.

Holy Molar is 3/4 of the Locust (JP, Gabe, and Bobby), Mark McCoy from Charles Bronson, Virgin Mega Whore, Das Oath, etc, and Maxamillion Avila of Antioch Arrow, Heroin, and Get Hustle, and if you like any of those bands and you haven’t fallen in love with these malpracticing dentists, you deserve to be sued. This is a threat.

The Ex Models side of this 7″ is grating, powerful, and ugly. “Buy American” is a shrieking bloody nightmare like the kid from Eraserhead at first and then the drums kick in and you’re dropped into this weird, harsh underworld of dirty minimalism and beats approaching house music. “What We Want (We Want We Want)” is an ear ache in the best possible way. It’s a stripped-down assault on your senses that you will either hate absolutely or love unconditionally.

In an interview with the website thebeijinger.com, vocalist/guitarist Shahin Motia explained the band’s sound as “12% vibration, 80% alienation, and 7% good attitude, with a +- 1% margin of error.”

What does that mean?

Some things make sense without needing to make sense.

Fuck it. Listen to the record, let the horses gallop all over your head as boring people everywhere try to explain something that doesn’t sound like anything else. “It’s … uh, no wave, uh, DNA, uh, Contortions, freak spazzcore blah blah blah.” Nope. Zip it, Frank. Just let it take you and beat your teeth in like a thousand medieval warriors with a thousand medieval warhammers, hammering, hammering, hammering, and hey, you’re eating your dinner through a straw tonight. Make sense? No? Good. Yes? Good.
– Adam Gnade (10/12/20) 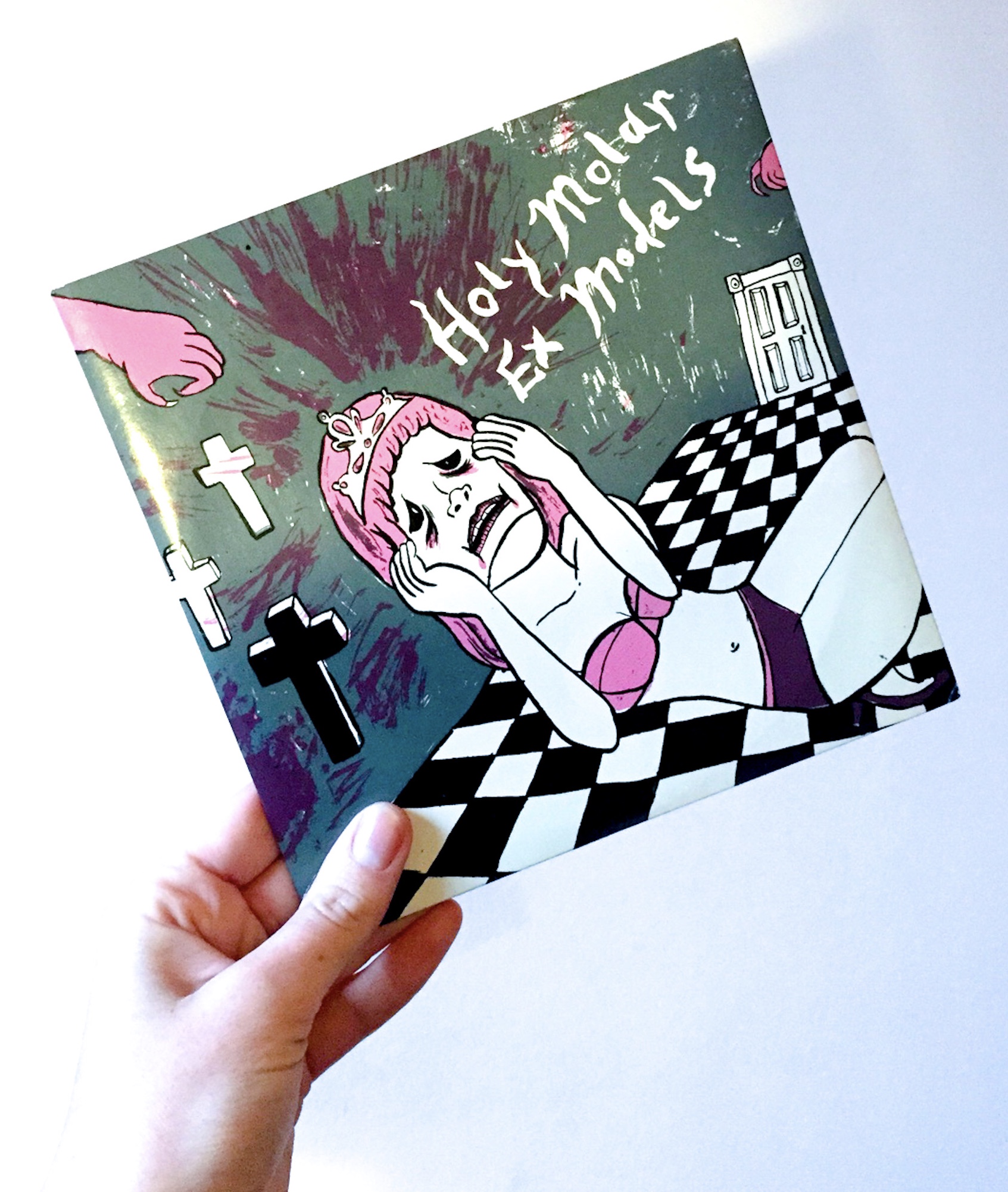