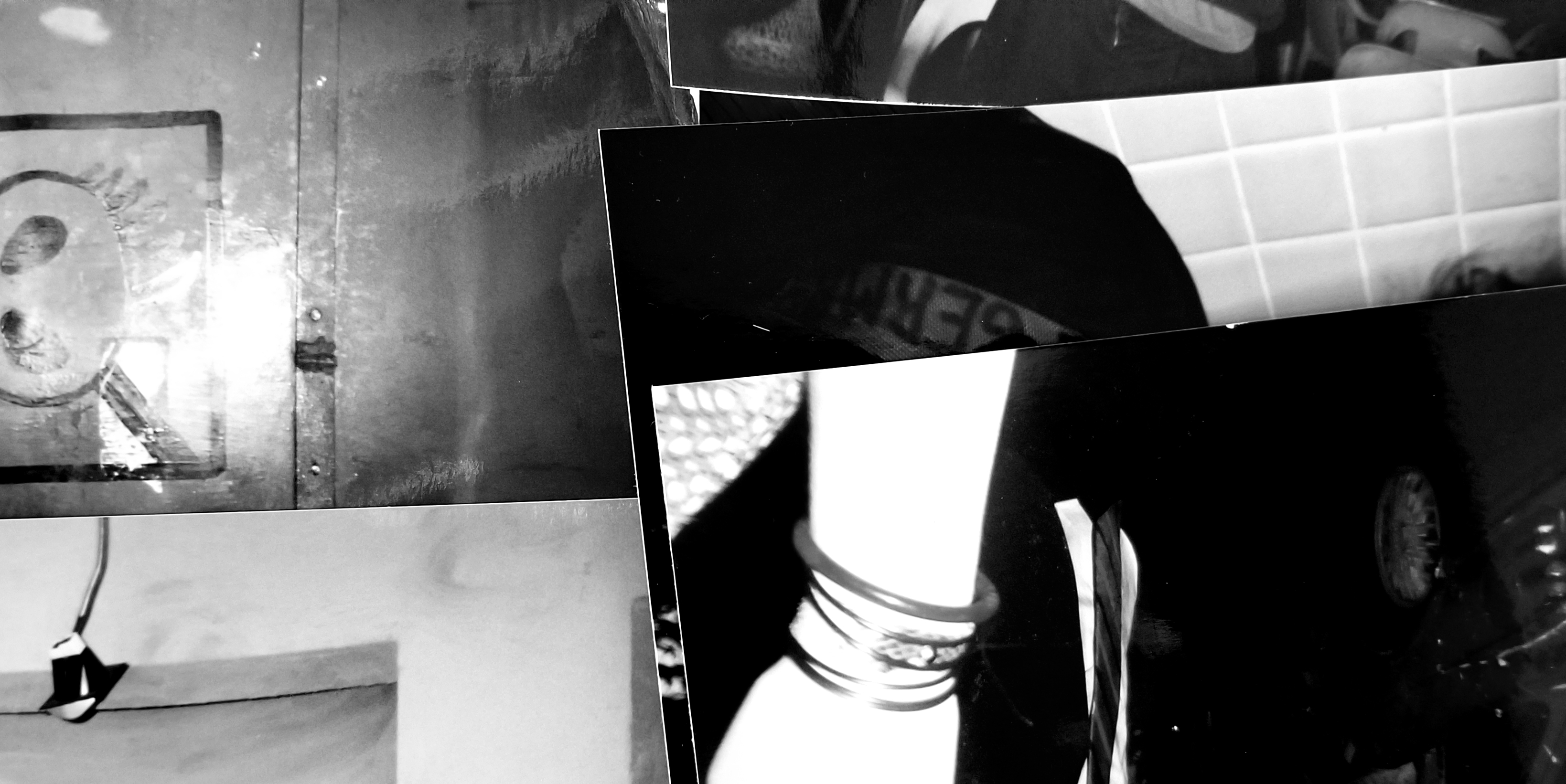 Who Are the Mystery Girls?
A Novel in Serial Form
Chapter 13 of 13, Conclusion
By Adam Gnade

Gabby dropped to her knees on the carpet and Agnes walked backward until she felt the rough stucco of the wall touch her shoulder blades. Of course, thought Agnes, it all made sense—the money, the new car, Steven, the kidnapping. Gabby had been in on it from the beginning. The money was from Steven’s inheritance—he’d given it to Gabby to pay her father’s medical bills. She’d let herself be kidnapped to bring Agnes here—a deal and partnership that served both interests.

Agnes looked at Marigold, Norma, and Debsey, clustered by the open front door, watching her.

“Girls, meet me outside, okay?”

Agnes said this quietly then stood waiting until she heard the door click shut behind her. “Steven, fuck off,” she said, tired but patient. Steven sat on the couch, face in his hands, raking his nails through his greasy hair. “Steven … please, PLEASE fuck off.” Steven got up from the couch and walked into the dark hallway. Agnes heard his feet on the staircase to the second floor, quieter with each step, then the house fell silent.

“Gabby, how much did he give you?”

“Whose idea was it?”

Agnes let herself slide down the wall and sat on the carpet, cross-legged, facing Gabby.

“It was the only way. I tried everything. You know I did.”

“I can’t say I wouldn’t have done the same. But fuck, Gabby, really?”

Tears ran in trails down Gabby’s face. “Baby, I had to.”

Agnes walked to the front door, opened it, and stood for a moment on the doorstep, the sea air damp on her face, the warmth of the house to her back, then shut the door behind her.

Outside the beach house, late-night fog rolled down the boardwalk, the yellow streetlights shining through it, dull, sooty.

Agnes walked—walked down the porch steps for the last time, through the small front yard, out the open gate.

Marigold, Norma, and Debsey sat with their backs to her on the gray concrete seawall staring out to sea—the colorless sand flats with the moon behind the clouds, the black expanse of the Pacific lined with strips of whitewater rolling shoreward.

Agnes climbed up on the seawall and sat next to Marigold and let her feet dangle below her, grinding the heels of her sneakers against the concrete to keep from crying.

No one spoke for a while.

The waves broke on the sandbar far out to sea, the ocean booming, hissing as the fog moved down the boardwalk pushed by the night breeze—wet, salty.

“What time is it?” Agnes asked.

Debsey yawned and pulled the sleeve of her elf costume below her wrist and looked at her watch. “Right, it’s, uh … it’s half 10.”

“A little more than an hour left of Halloween, 2002,” said Marigold quietly.

Marigold put her head on Agnes’ shoulder and began to hum the opening notes to her favorite Halloween song, “The Ghost of John.”

Agnes wrapped her arms around Marigold’s small shoulders, pulling her close as Marigold sang, just under her breath: “Have you seen the ghost of John? Long white bones and the rest all gone. Ooooooh, ooo-ooh, ooh ooh ooh. Wouldn’t it be chilly with no skin on?”

Agnes, Marigold, Norma, and Debsey climbed off the seawall and walked down the yellow-lit boardwalk, the sea to the west of them, the fog and night all around.